I hate Children's Music, but are my kids ready for Hip Hop?

A little while ago my friends at Urban Rhetoric, progenitors of all things cool, asked me to write a piece on being a parent and a fan of Hip Hop.  Below is a reprint of the original article. 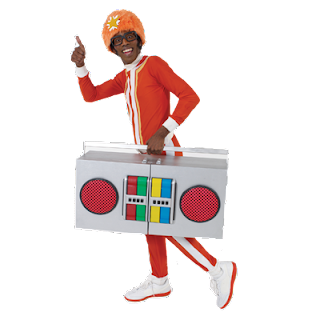 Children's music is universally atrocious.   It is trite and tedious.  An endless sea of monotony that crushes ones humanity with unrelenting waves of banal tedium.  At first it laps gently at the shores of your sanity.  A barely felt current, swathing your new baby in passivity and lulling him to sleep.  Slowly it seeps into diaper changes and car rides, please touch museums and toy stores.  It's suddenly everywhere and you are caught in the swell of its undertow.  You gasp for Nas, Mos Def, Kanye, but it's too late, your lungs are already saturated with Three Blind Mice, Itsy Bitsy Spider and something called "Raffi". Children's music is devious.  It's born of  platitudes and gentle hell fire.  It's boring and insidious.  It is the incarnate soul of the devil.


Perhaps I've tipped my toe into hyperbole but while some hazards of parenthood are often discussed: the lack of sleep, the constant worrying, the lack of free time - no one ever talks about the terrible and omnipresent music. Car rides, play time, diaper changes, bath time, museums, stores - all come with the regular and insistent jack hammering of fairy tales and nursery rhymes and dead eyed automatons and all manner of sonic daemons numbing your humanity and sapping your will to fight back. But not entirely.

Any music lover thusly assaulted, will, after some time, come to rebel against this aural malaise and ultimately arrive at the same cure:  Either find children's music by artists you can tolerate (in my case nearly impossible) or introduce your children to the music you love.  I wanted my kids to know Hip Hop (and all the music I love) but, for me, there were two key drivers.  On the one hand, Hip Hop is such a looming and significant part of my life that it is important to me to introduce my kids to the culture and the music that I immerse myself in daily (or at least I used to).  On the other hand, I can't listen to "Wheels on the bus" another damn time.  So I made up my mind, but that's where the trouble started.

My first thought was: "Just turn on the radio, dummy! The radio has good music and it's censored. It's a win-win". Actually, it's a lose-lose as I was wrong on both accounts.  Here are the top five most played songs on Hot 97 (the local Hip-Hop & R&B station) for the week of December 27th 2011:

One good song in the top 5?  And none I want my kids to hear?  Radio is not the move.  For the record, the Pop and Rock stations are just as unacceptable.  That said, I don't want to begrudge any adult from listening to whatever they want.  Even on the radio.  I don't even care if they play uncensored screaming on the radio.  Just have a way to warn me and let me shield my kids from it.  And you can make judgments about what's appropriate for your kids. That said, I still want to listen to *my* songs and while I want to expose my kids to the music that I love, I'm wary of them getting over-exposed.  So it occurred to me that maybe I should think through exactly what my criteria are for songs I want my kids to hear.  I came up with what I thought were two reasonable rules:
At first blush these seem reasonable and should leave me with a huge selection.  I think of myself as a *real* Hip Hop fan.  I love the golden age, backpack, underground, modern classics etc.  I hate "Bitches & Bling", "Da Club" and all the crap that goes with that (with some exceptions).  Surely it should be easy to find some tracks that meet my criteria.  In truth, it's possible but it requires some serious leg work.  Here are some classics I thought would obviously work until I re-listened to them with an ear to the above rules.  Note that my kids are 2.5 and 6 months so my criteria might ease up in a few years:

Even a song called "Don't Curse" fails the criteria? Wow.  In all honesty though, some of these are not really that bad.  The censoring in "It Takes Two" is pretty blatant but I don't think that's really a deal breaker and "Case of the P.T.A." and "Cha Cha Cha" are really kind of a stretch.  That kind of stuff I think I can probably let slide.  What hurts more is songs like "I can" which I think have a good message but too much other content that I'm not ready for my kids to start grappling with.

I think what it comes down to is that I was hoping for an easy solution.  Unfortunately, like everything else with kids,  I needed to step up and be a parent first.  It's not easy to vet a ton of songs from my library but if I want to listen to them with my kids then it's something I've got to do.  Of course, once I put in that initial work it's not so bad.  I ended up making a playlist of songs that I thought were appropriate.  It started out small (mostly instrumentals) and when I found time I added a song here and a song there.  At this point its well over 2000 songs of both children's music and songs I like.  It fits on my phone, so I can bring the list on car rides or play it during dinner time and I don't have to worry about what might come up next or hearing the same awful tune over and over.  Much like the children it's intended for, the process was a huge pain in the ass but ultimately I think it's worth it.